Congratulation in Four Tiers, to Hootie and Nicholas 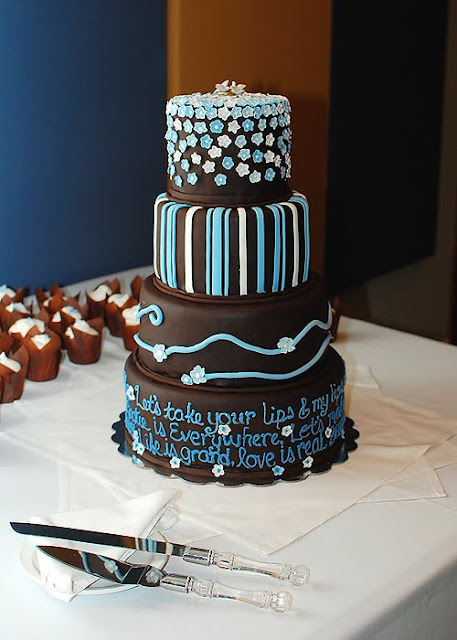 I had the honor of helping friends Hootie and Nicholas Povio, celebrate their wedding vows this past weekend by making their wedding cake.  It was such a joy to create this time honored symbol of matrimony...and a creative jackpot as the (ultra-cool) bride gave me her color palette and a few pictures of cakes she liked and told me to surprise her and her husband!

The cake was a 12", 10", 8", and 6" covered in fondant. I used a combination of Satin Ice and Fondarific (I originally wanted to use all Fondarific because of how well it performs in dry climates, but the color was too light for my design).
Two tiers of the cake were Mexican Hot Chocolate with a New Mexico Red Chile Whipped Chocolate Ganache filling. The remaining two tiers were Dark Chocolate Cake with a layer of Salted Caramel and Whipped Chocolate Caramel Ganache. 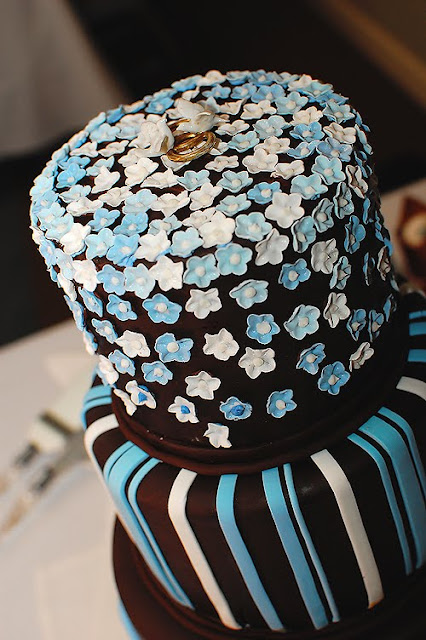 Hootie choose to use this delicate cake topper which was a family heirloom.  The top tier was covered in small blossoms that I hand cut, formed, then dusted with edible pearl dust. They are adhered to the cake with a dot of melted chocolate.

The second tier was created with irregular strips of fondant and the third was an organic, waving rope of fondant thanks to the Makin Clay Extruder. Such a fabulous tool for working with fondant and getting uniform results. These two layers represented the masculine, grounded nature of Nicholas and the free flowing energy of Hootie. The bottom layer came to be with a little help from Hooties' friends as I asked them about what some of her favorite song and lyrics were.  Because music is such a big part of Hootie's passion for life, it was hard to choose from so many songs that have played in the soundtrack of their romance. 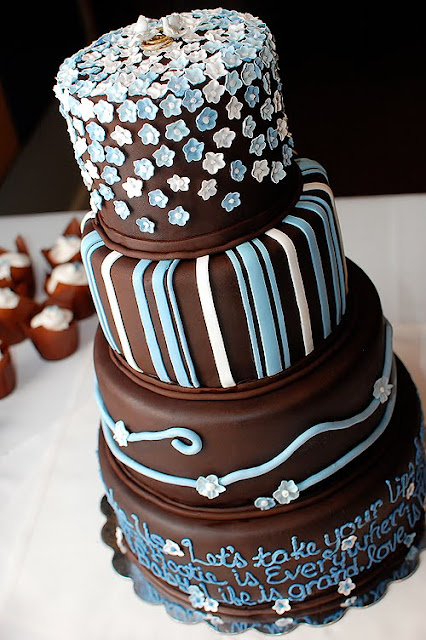 Because the world can not live on chocolate alone, the bride also requested some cupcakes for those who prefer lighter flavors. I did three dozen White Almond Sour Cream cupcakes with All American Almond Buttercream frosting. They were baked in the most elegant parchment cups. I LOVE these cupcake wrappers! With just one pull of the corners the wrapper is fully opened and the little cake can be enjoyed with a fork, or fingers. 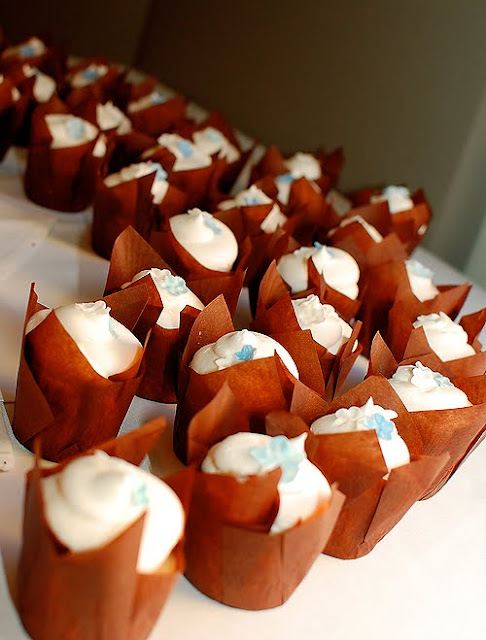 Of course transporting a wedding cake four hours through Southern Arizona was something to give any caker a nervous breakdown. After a lot of research, I decided upon using Bakery Craft's Single Plate Separator system for staking. It consists of a plate with four 4" legs pushed into the top of each cake layer that will be supporting a layer on top of it. There is a small peg that fits into the cardboard cake round on stacked layer. 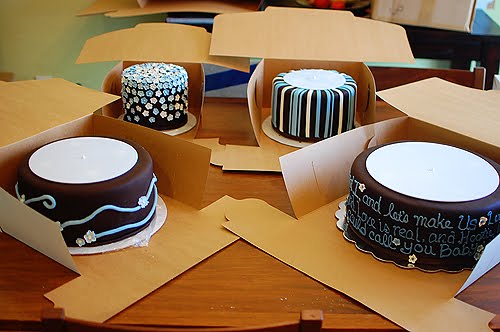 The only real trick to this is that your cakes really need to be 4" to 4 1/8" maximum so that the legs can fully support the weight. With the fondant, my layers were closer to 4.25" and therefore there was a little bit of a tilt when the cakes were stacked. They say that you can drive with a fully stacked cake, but I'm glad I played it safe and took them separate. Cutting was a breeze, though I'm glad I was there because I was able to show the cake cutter how to just pull out the plates (plus I got to take the plates home!)
Thank you so much Hootie and Nicholas for giving me a chance to share my love of baking with your guests on this special day.  The wedding was just amazing--set upon a magnificent swath of green grass with the red rocks of Sedona blazing in the background. It was a beautiful night full of love and laughter. A perfect way to start your married journey together.
Posted by Lorie at 9:04 PM